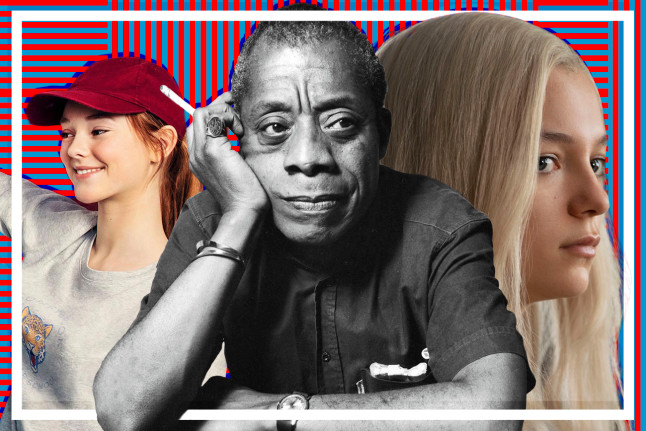 Happy Fourth of July Weekend, fellow patriots! Now we all know that this weekend is mainly dedicated to two things: America, and Hamilton on Disney+. While those two key players will take up a large amount of your time this weekend (understandably so), there is also a ton of new movies and shows on streaming that deserve some attention, too! And after you’ve had your celebratory hot dog and launched some fireworks while singing “Satisfied,” you may even find yourself wondering what to watch for the rest of your free time. Worry not, because we are here to help you figure it out! Whether you’re scrolling through Netflix, Hulu, Amazon Prime, HBO or all of the above, we believe that starting with the newest and hottest titles is the best way to go. And with any luck, these highlights will help you decide what to stream this weekend!

New Movies and Shows to Stream This Weekend: The Baby-Sitters Club, I Am Not Your Negro and Hanna Season 2

Like the fireworks going off incessantly outside, the list of movies and shows to watch this weekend are starting with a bang! On Netflix there is the original series The Baby-Sitters Club, which is a modern adaptation of the beloved 80s-00s book series. Over on Hulu, get ready for an education about a key part of America — that is continuing to this day— through the incendiary documentary, I Am Not Your Negro: the film that brings black activist James Baldwin incomplete words to life. And fans of the Prime Video series Hanna will rejoice this weekend because Season 2 is about to take the titular teenage assassin into her biggest challenge yet. But what could that be? Find out in the highlights below!

If you are a millennial girl and did not have a copy of a ‘The Baby-Sitters Club’ novel in your bookcase, were you even a millennial girl? Well, get ready to relive your teenage adventures through The Baby-Sitters Club: a modern reimagination of the beloved stories now available to stream on Netflix. Inspired by the Ann M. Martin novels of the same name, this Netflix-original series takes our favorite middle-school entrepreneurs from Stoneybrook, Connecticut as they work to balance their business with their personal lives. But what really brings this classic series to life is how it pairs smartphones with the landlines and presents the young women with modern issues that go beyond the books. The Baby-Sitters Club is perfect for young and old audiences alike, and it is no wonder that it is one of our top shows to come out this month!

New on Hulu July 3: I Am Not Your Negro

New on Hulu this weekend is I Am Not Your Negro, the moving 2017 documentary that draws a direct line from the Civil Rights Movement to Black Lives Matter. The film centers on black intellectual and political activist James Baldwin and his incomplete novel meant to be a personal account of lives and assassinations of three of his close friends: Medgar Evers, Malcolm X and Martin Luther King, Jr. Now over 30 years later, filmmaker Raoul Peck envisions the book James Baldwin never finished and plays it out on film. Narrated by Samuel L. Jackson, I Am Not Your Negro is a must-watch film if you are looking to inform yourself on the ongoing movement— or just want an emotional education.

Get out your crossbow, because Amazon Prime Video’s Hanna is back on the hunt this weekend. Now available to watch this weekend, season 2 of this killer (get it?) series takes our master huntress into her most dangerous environment yet: an all-girls boarding school. But what is supposed to be a great opportunity turns out to be an institution built to turn exceptional women like Hanna into mindless government killers. Will the teenage assassin fight for her independence, or will she succumb to the brainwashing efforts? Find out in season 2 of Hanna.

Full List of New Movies and Shows on Streaming This Weekend
The options above are just for Friday, so you know that this weekend’s full lineup will have amazing options for what to watch this weekend! For the full breakdown of the best movies and shows to stream now, or if you’re still undecided on what to stream this weekend, then check out the complete list below: