Overlord Season 4: Know the Plot, Cast, And Release Date of the New Season !!! 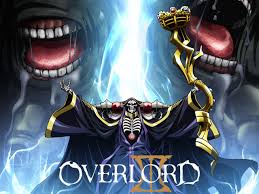 Overlord is a Japanese anime TV series. It is adapted from the novel series of the same name written by Kugane Maruyama. The series is directed by Naoyuki Itō and Minoru Ashina and is produced by Shō Tanaka, Kazufumi Kikushima, Satoshi Fukao, Noritomo Isogai and Yuki Yoshida.

The characters from the previous seasons will be returning for the fourth season. The cast includes Felecia Angelle and Sumire Uesaka for Shalltear Bloodfallen, Megan Shipman and Yumi Uchiyama for MareBello Fiora, Jeff Johnson and Masayuki Kato for Demiurge, Elizabeth Maxwell and Yumi Hara for Albedo and Chris Guerrero for Ainz Ooal Gown.

Season 4 of the series will focus on the capabilities of Aniz. He will prove his worth. He fights and tackles every coming in his way, and he will move ahead as it was seen that Aniz is trapped inside a video game, but he will try to be the king there. He is playing his duty with all focus. Many fans are wondering about the type of character Aniz is. Well for all these information stay connected with us.

The creators of the series earlier announced that season 4 of Overload would be out in July 2020. The dates were hence postponed seeing the current situation of the world. The production if the series has been halted due to the ongoing pandemic. Till now we don’t have an exact official release date, but it is expected that season 4 will be out by late 2020 Or early 2021.